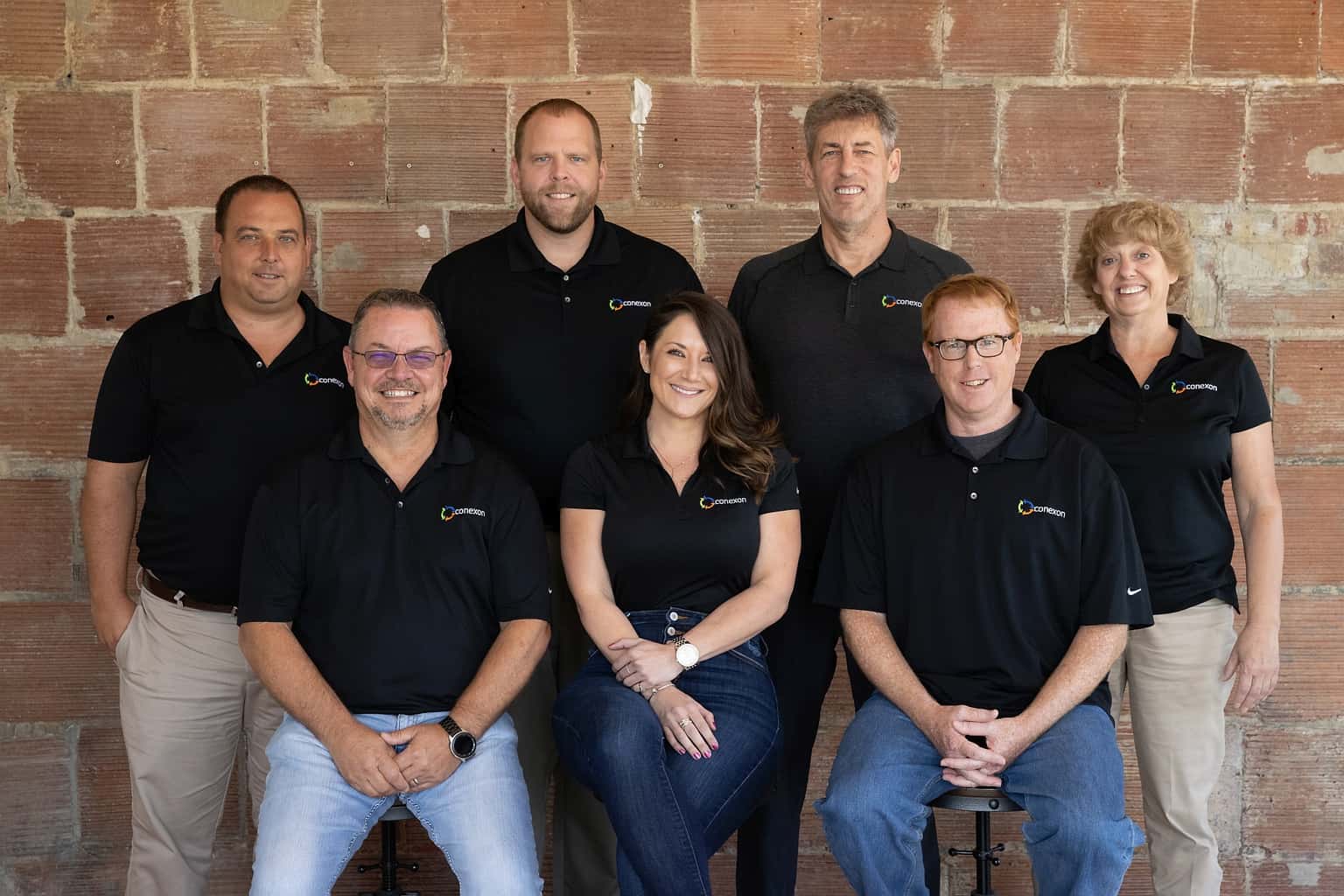 Randy’s experience began in software development in the agriculture industry where lack of rural broadband quickly became very evident.  In 1999, he began his first broadband project at a rural electric cooperative culminating in a 3,000 square mile fixed wireless network.  In 2008, he joined Co-Mo Electric Cooperative as their information technology manager with the thought of launching fiber to the home service.  Co-Mo’s service territory was one of the most underserved areas in the State of Missouri with only 15% of the population having broadband access.  In 2010, Randy developed a plan for a pilot FTTH project that was promptly approved by Co-Mo’s board of directors.  Randy developed an innovative architecture that lowered initial capital requirements but allowed success-based growth for capacity.  In less than 12 months the pilot project was completed on time, 20% under budget, and today has over a 55% penetration rate.

Based on the pilot results, Randy developed a $70 million financial model and construction plan.  Co-Mo began building 4,000 miles of fiber to the home to the co-op’s entire 2,300 square mile service territory and Randy was appointed General Manager of Co-Mo Connect, the cooperative’s new telecommunication subsidiary.   The Co-Mo project is the first in the nation privately funded cooperative fiber to the home project to serve every one of its members.  Under his leadership, Co-Mo Connect launched the first gigabit residential service in rural America in 2014.  The network provides gigabit broadband, high definition IPTV, and telephone service.    With over 12,000 subscribers and growing daily, this project is now the defining standard of rural fiber optic builds.  The project achieved its first break-even month 3 years ahead of projections.  Many of the rural electric cooperative’s who have launched FTTH projects have learned from Co-Mo’s model.

After leading Co-Mo Connect, Randy was hired as General Manager of OzarksGo, a subsidiary of Ozarks Electric Cooperative.  Randy developed the 6 phase plan and led the project through the second phase of 1,100 miles of construction and connections of thousands of subscribers.

In 2015, Randy formed Conexon, LLC to assist rural electric cooperatives with fiber to the home project decisions and implementations.

For most of the past twenty-five years, Jonathan has worked with cable television providers, wireless companies and electric cooperatives, always in the early stages of planning, designing, constructing and operating telecommunications and internet access networks. He was one of the original employees at Sprint PCS, where he was Vice President of Public Policy and Associate General Counsel. In Europe, he worked with Telenet (Belgium), Ono (Spain) and Ish (Germany). He was General Counsel of TVGateway, a company formed by Comcast, Cox and Charter to develop an electronic program guide. Jonathan was Chief Strategy Officer, General Counsel and a founder of Movida Communications, Inc., an MVNO focused solely on the US Hispanic market.

Between 2012 and 2016, Jonathan served as the Chief of the Office of Strategic Planning and Policy Analysis for the Federal Communications Commission. In that capacity, he was part of the senior leadership at the FCC that reformed $12 billion in annual federal spending on telecommunications services, including the rural and high-cost fund, the e-rate fund, the lifeline fund and the telecommunications relay services program. Since early 2016, Jonathan has worked exclusively with electric cooperatives, assisting over two hundred cooperatives to date, to plan, fund, design, construct and operate fiber optic networks to bring much-needed broadband services to rural America.

Jonathan holds a BA in economics from Yale College, an MA in international affairs from Columbia University and a JD from Georgetown University Law Center. He is a member of the bar of the District of Columbia.

Abby offers Conexon clients a breadth of knowledge and expertise related to selling and deploying communications technologies including residential, commercial VoIP, broadband services, as well as back-office support and provisioning. She began her career in direct business-to-business telecom sales in one of the nation’s most competitive telecommunications markets before stepping into leadership and overseeing a direct sales team. With a company of more than 1,000 representatives, she finished in the top 3 percent of the company in sales every year. Carere has spent the last four years working with electric cooperatives to deploy broadband in their markets, helping them implement residential and commercial VoIP services and back-office support solutions. She is widely recognized for her industry knowledge, strategic alliance expertise and being a top sales performer.

Carere leads Conexon’s client acquisition strategy, and also serve as a resource to the company’s electric co-op clients. Abby supports clients in building the sales, marketing and brand infrastructure necessary to be successful as broadband providers in their markets.

Andy’s experience with fiber to the home deployment at an electric cooperative is unmatched in the industry.  Andy started working on FTTH at Co-Mo Connect in 2012 after the Co-Mo board of directors approved a four-phase buildout of their entire 2,300 square mile footprint.  As the Network Administrator and Network Operations Manager he was responsible for the network design, architecture, and operations of the Internet, Voice and IPTV networks.  In December 2015 Andy took over as the General Manager of Co-Mo Connect responsible for all aspects of the Co-Mo deployment and operations including outside plant, marketing, customer service, and continuing to play a critical role with the network architecture and performance.  Andy’s previous experience includes being a Technical Services Engineer at a banking software company and a Network Administrator for the State of Missouri Treasurer’s office.

He has deep background in large data collection and analysis, most recently implementing a data collection system for the Home Mortgage Disclosure Act at the Consumer Financial Protection Act.  Michael also has strong experience in leading teams implementing organization technology needs, as the Lead for Technology and Innovation Infrastructure and Enterprise platforms.

Mike is a strategic thinker, interested in integrating data for positive outcomes in public policy. He has an acute understanding of government business processes, and a wide range of policy expertise. He is an expert in the design, development, implementation, and use of Geographic Information Systems for public policy and research. He is an effective manager with strong leadership, writing and presentation skills.

Mike is a Geographer interested in advancing public policy through the use of transparent information. He is an expert in geographic analysis with the intent of strategic planning and public policy. He has worked in healthcare, information technology/telecommunications, natural resources, and infrastructure planning.

Jeff brings over 35 years of hands-on telecommunications experience and management of fiber to the home deployments. Jeff starts each project and remains involved throughout construction.  His 35 years of telecommunications experience includes experience as a lineman, splicer, supervisor and business owner.  He has managed large-scale cable and fiber construction projects with multiple employees, contractors, and crews across the country for Comcast, Charter, and Time Warner.

She began her career in telecommunications operations at one of the nation’s early competitive local exchange carriers (CLEC), serving more than one million customers before moving into a customer care leadership role with a top tier cable provider.

Steve Collier (aka SmartGridMan) is an experienced energy industry expert and thought leader who writes, speaks and consults on emerging trends, new technologies and innovative business models for a better energy future. He has worked as a professional, executive, consultant, and board member for energy, telecommunications, and technology companies in the US and abroad. Steve has BS and MS degrees in electrical engineering from the University of Houston and Purdue University respectively. He is an IEEE Smart Grid Expert and past Chair of the IEEE IAS Rural Electric Power Committee.

Conexon works with Rural Electric Membership Cooperatives to bring fiber to the home to rural communities. We analyze economic feasibility, secure financing, manage construction, train employees, optimize business performance and determine optimal partnerships. We will be with you from a project’s conception all the way through to its long-term sustainability.